Kaw City is in Kay County, and  was named for the Kanza Indians, called the "Kaw" by locals.
In 1902, the original Kaw City was founded, prior to Oklahoma statehood, as a farming community in the fertile oxbow bend of the Arkansas River. Though the original townsite is now inundated by the waters of Kaw Lake, the old town was quite a busy place. After its founding, it became a booming oil town when 'black gold' was discovered in nearby Kay County and the present Osage Nation reservation. It even had a very popular four-story hotel filled with one of the world's rarest art collections. Kaw Lake is located in Kaw City. 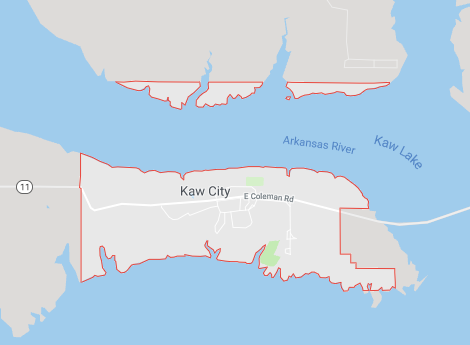 698 Grandview Dr
Kaw City, OK 74641
The Kanza Museum of the Kaw Nation features a  variety of Native American Exhibits, artifacts, photography and a permanent paleontoloty exhibit. There is a gift shop on site. The Kanza Museum and Education Resource Center is to serve the tribal…Learn More
Culture, Educational, Family Friendly, Museum