From a mansion on the prairie to fancy dancing…. From medieval castles for campers to a museum dedicated to women…. Ponca City will greet you with the unexpected. We thrive on the diversity of our attractions, the elegance of our architecture and the unique nature of the pioneers who made Ponca City their home. We’re expecting you!

In 1914 oil baron E.W. Marland began construction on his first home, for his wife, Mary Virginia, and adopted children, Lydie and George Roberts. This restored 22 room mansion was designed with ground-breaking amenities and the first indoor swimming pool in Oklahoma. The displays represent Marland’s family and his oil empire of the 1920’s. Also located in Marland’s Grand Home is the 101 Ranch Museum which tells the stories of cowboys and rodeo greats that lived at the 101 Ranch just southwest of Ponca City. The home also features a large collection of Native American artifacts acquired from the area tribes.

Be sure to enjoy a tour of Ponca City’s E.W. Marland Estate, a 55-room castle modeled after the Davanzati Palace in Florence, Italy. With over 43,000 sq.ft., this mansion contains a leather-lined elevator, 12 bathrooms, 3 kitchens, 7 fireplaces and an elegant ballroom with a 24-karet gold leaf-covered ceiling worth over $2 million, this home is also listed as a National Historic Landmark. This is our Marland Mansion built by oil tycoon E.W. Marland and his second wife, Lydie, in 1928. There is not another mansion in Oklahoma, Kansas, or Texas like this one. While you’re at it you won’t want to miss the Conoco Museum. Immerse yourself in the rich history of one of the premier energy companies of the 20th century. This state-of-the-art museum depicts the transformation from two independent American success stories - E.W. Marland’s Marland Oil Company and Isaac Blake’s Continental Oil & Transportation - merging together to become Conoco.

For the art enthusiast, the historic Poncan Theatre offers a number of outstanding performances in an authentic and beautiful vaudeville theatre. Opening in 1927, the Poncan Theatre enjoyed the “golden era” of cinema and all that came with it. A $1 million restoration project was completed in 1994, restoring its original beauty. Today the Poncan is home to a large collection of priceless movie lobby art from the 1920’s & 1930’s that can only be seen in Ponca City. The Poncan Theatre also hosts many musical and theatrical events throughout the year.

Ponca City is home to the tallest bronze statue in the state of Oklahoma, a 22-foot bronze statue of Ponca Chief Standing Bear. The Standing Bear Museum and Education Center is home to many artifacts from the 6 local area tribes as well as a beautiful art gallery containing Native American art and pottery. A permanent arbor, located just west of the park, hosts the annual Standing Bear Pow Wow held in September. Enjoy a stroll down a winding trail with tribal viewing courts that tell the story of the six area tribes: Kaw, Osage, Otoe-Missouria, Pawnee, Ponca, and Tonkawa.

If you are a history buff, you must see the famous Pioneer Woman Statue and Museum. Showcasing the stories of Oklahoma’s pioneering women and their influence on the development of the state and nation, this facility preserves their legacy. 12 sculptors created bronze statues depicting pioneer women, and these statues traveled the country by train and were voted on by over 750,000 people. Bryant Baker’s “Confident” was selected as the statue to honor pioneer women across the nation.

Duplicates of the 12 statues that traveled the country are on display at the Marland Mansion. Today, along with this beautiful statue, is a museum honoring women of the past and today. Also in Ponca City we have the Bryant Baker Gallery, Matzene Art Collection, L.A. Cann Gardens, and Wentz Pool & Camp, Ponca City Art Center, 3 lakes, 8 casinos, and many opportunities for outdoor recreation with our walking/biking trails and 3 disc golf courses. 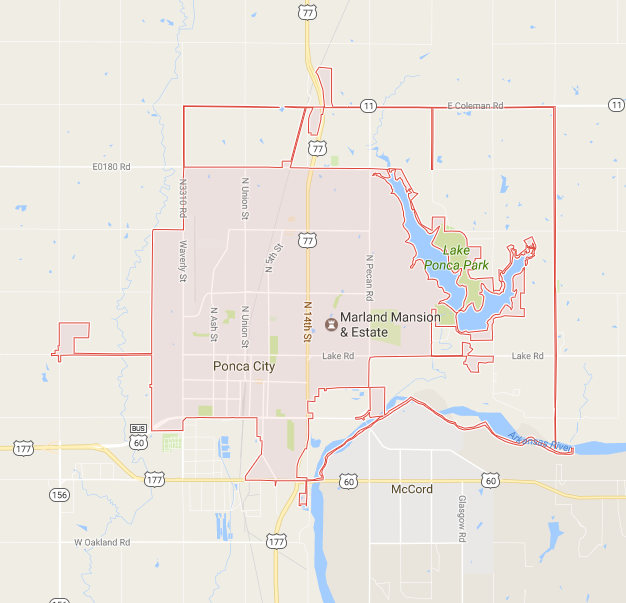 501 West South Avenue
Ponca City, OK 74601
Welcome to the Conoco Museum. Completed in May 2007, the museum's exhibits depict the growth of a company born from the early days of a kerosene distributor and the wildcat days of the Cherokee Outlet, to an international energy empire. This world-class…Learn More
Family Friendly, Museum, Photo Op 901 Monument Road
Ponca City, OK 74601
The Marland story is fascinating and his home is an architectural wonder. It was designed and constructed as a showplace for pieces of fine art and in the process, it became a masterpiece in its own right. As you tour through this site, we'll show you…Learn More
Arts , Event (Venue), Family Friendly, Museum, Photo Op, Shopping 701 Monument Road
Ponca City, OK 74601
The Pioneer Woman Museum was dedicated September 15, 1958, just east of the statue. The museum preserves the legacy of women from all races, creeds, and nationalities who have contributed to the development of Oklahoma. The museum's education center…Learn More
Family Friendly, Museum, Photo Op, Shopping, Statue 104 East Grand Avenue
Ponca City, OK 74601
The Poncan Theatre has entertained and enthralled audiences for over eighty years. She was designed by the preeminent theatre designers, the Boller Brothers and is an excellent example of their Spanish Colonial Revival style. The Poncan Theatre has been…Learn More
Arts , Culture, Drama, Family Friendly, Music, Photo Op, Theater